As we move into 2016 it is a chance to reflect on where were are as a sector; and listening to Peter Backman and his team at the recent Arena meeting provided a number of insights. Having just witnessed the recent market turbulence, the road ahead is not only unpredictable but a downturn of sorts is nearly guaranteed and the impact of a Brexit unknown.

There is no doubt that the consumer has more disposable income which is clearly helped by the recent drop in oil price where we seeing fuel at under £1 a litre.  Inflation is also benign, in October food service basket down 1.6%; and discounting in food service is not so prevalent.

What Horizons have identified are those companies that are doing well, are those who have developed new ideas and concepts outside their immediate comfort zone e.g.  subway in a car dealership;  Costa Fresco; McDonald’s offering waitress service, Pizza Express offering a delivery option and both Pret and Starbucks offering an evening option.

But not everything works, Tesco is to shut its two “Food-to-Go” stores in London citing too higher rents!

Contactless is changing the way we pay, far more rapidly that I had expected; UK contactless payments hit £1bn in November, a four-fold increase since Jan 2015. The limit rose from £20 to £30 in September last year.

The casual dining market is becoming increasingly competitive with restaurant openings ahead of the 2008 peak. American food still counts, pulled pork and barbecued meats as the street food influences and healthy food abound, with food to go ever important.

In 2016 we have the National Minimum Wage whose impact will be profound (on profits but good for staff); and if England do well business during the Euros and at Rio 2016 we should all have a smile. 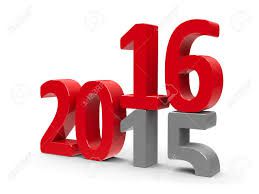