I recently attended the 2016 ASAO (county shows; and we have a number of clients in the sector) conference which was held at the Imperial Hotel in Torquay. The Countess of Wessex who is patron of the ASAO was there for the day and was actively involved, she is a great supporter.

We sponsored a tea break which gave us some visibility and with the speaker programme provided a good opportunity to understand the current issues.

One of the best sessions was on bringing forward the next generation, with a particularly good presentation by Aled Jones Deputy Chief Executive Royal Welsh Show who spoke about including the next generation in not only getting involved in the shows, but also attracting them as visitors.

I was really looking forward to staying at the Imperial in Torquay, with such a pedigree and history and recently taken over by Andrew Brownsords hotel group; and they have an enormous task. The hotel is not only very tired, the layout does not work well, the rooms need refurbishment (the cold water tap did not work in my room) and was so dark due to the low level of lighting, such an elementary mistake. The Food was tasteless, very poorly presented, and the staff indifferent, nothing memorable, which given the view and opportunity was such a lost opportunity. They have an enormous task ahead of them! 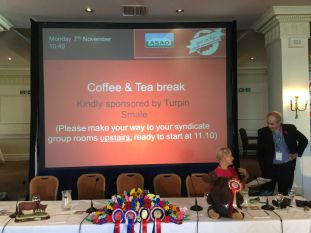 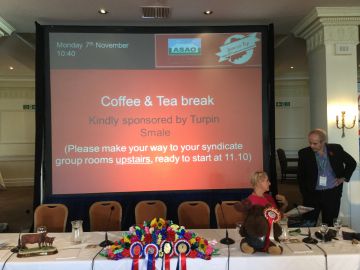