Grand Central in Birmingham opened at the end of September and if you have not been through New Street Station for a while you will be amazed, or at least I was! Admittedly £750m helps, but what a transformation, and will really help the UK's second city create a proper 21st century sense of arrival for the daily 170000 visitors.

With the Bull Ring shopping just next door, all 60 traders in the new development a mix of retail and food service are looking forward to Christmas. The old New Street opened originally in 1971 and for those of us who have used the station will remember the dark and unfriendly atmosphere, which has cleverly been totally changed.

What struck about the design and signage of all the coffee and grab & go operators was the way they used lighting so effectively, with clear easy to read menu signage, and simple but values based messaging, nothing new but for our clients in offices and universities there is a clear direction of travel here. So often architects and interior designers want to a create clean albeit clinical and uncluttered feel in the general public areas and replicate this into the food service areas, which in my view is a mistake, as so many of these outlets are competing against the high street.

The usual suspects are all there, with Pret having a prime central position and next to Wasabi; Starbucks, and Costa slightly hidden from the main thoroughfare. Both Leon (with a large takeaway store are there with their healthy fast food! There has also been a surge of interest in “free from” food – the sector has grown 26.9% in the last year – which Leon’s gluten, wheat and dairy free options have helped lead the way with since entering the high street in 2004) and Giraffe are there; Benugo have opened their first high street operation outside London; Joes Coffee House part of The Restaurant Group, and is their first foray outside airports.

John Lewis is the main anchor tenant and has Joes the Juice outside on the walk way, delicious but take time and are not cheap, and I need something to eat afterwards!

There is no shortage of food styles from around the world from Pho Vietnamese,  Tapas,  Yo sushi. I loved Cocomacs, lovely coconut macaroons and their first site; then there was Totilla, their 24th site and looked very busy; Square Pie and Five Guys, whose food I need to taste.

Outside on the way to the Bull Ring is a new All Bar One, with a great interior design, which felt good in the morning, and will be as good at night; and had a champagne and cocktail bar for parties.

Overall well worth a visit even if you don't want to look at every new concept! Anecdotally I hear that the surrounding businesses have not been impacted, there has to be an element of dilution, but it will be interesting to see the outcome. 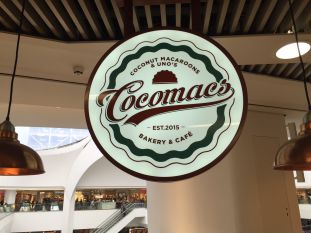 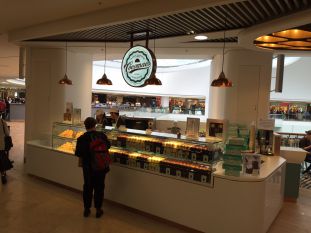 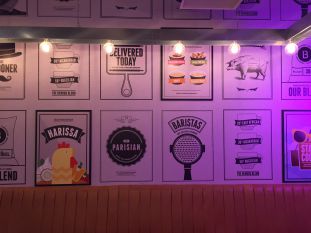 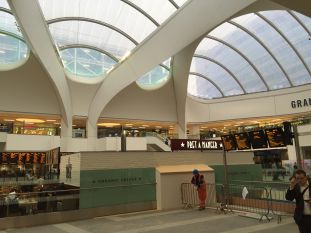 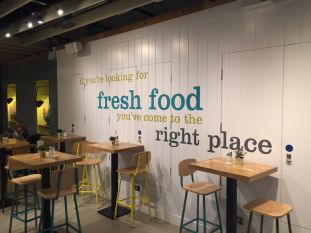 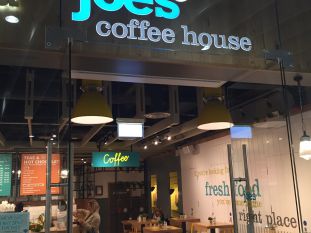 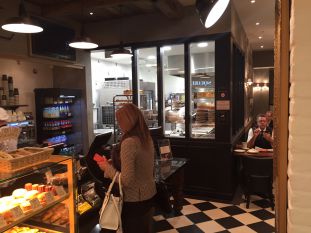 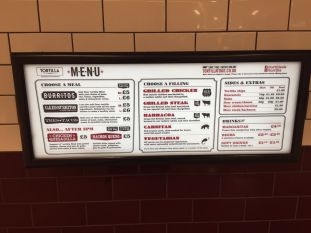 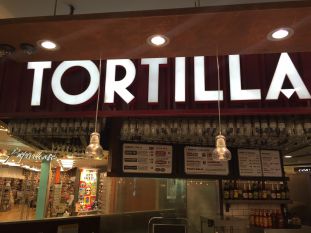 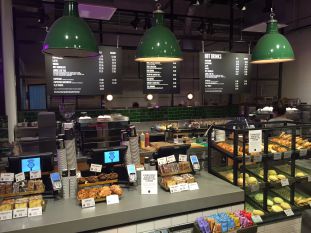 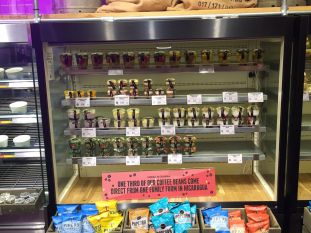 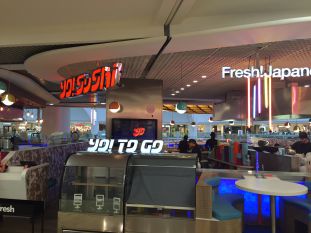 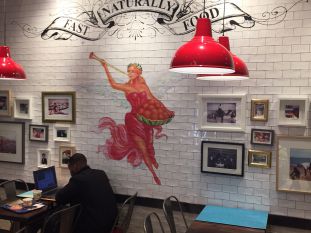 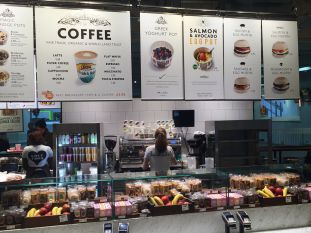 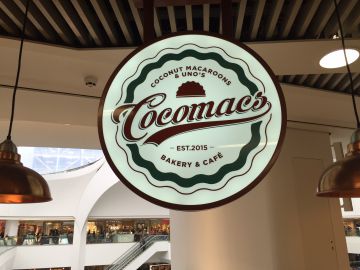 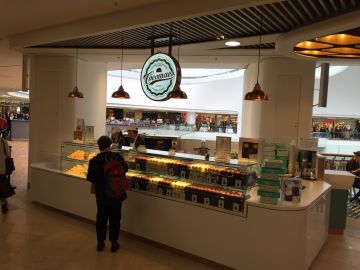 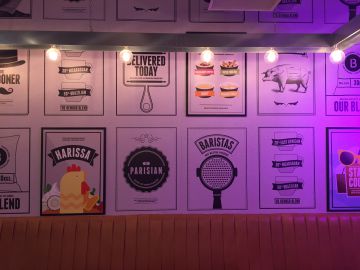 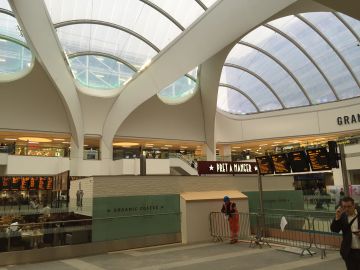 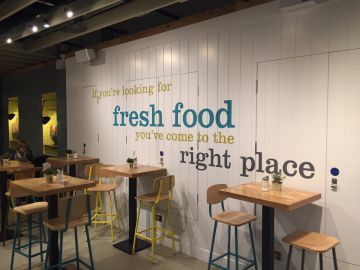 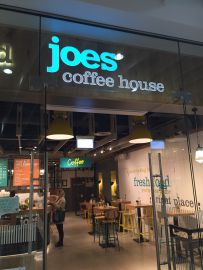 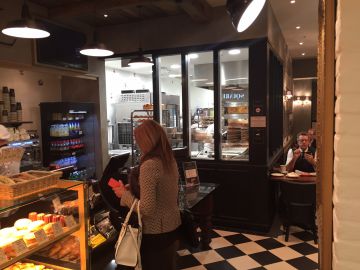 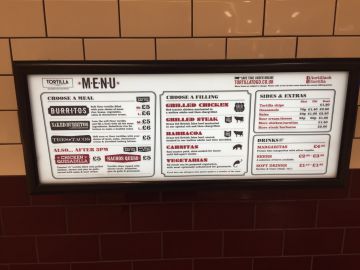 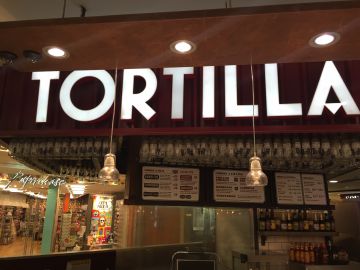 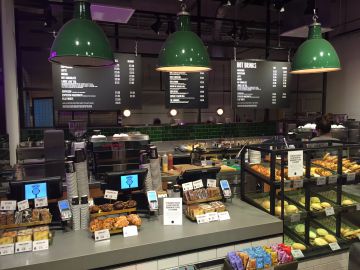 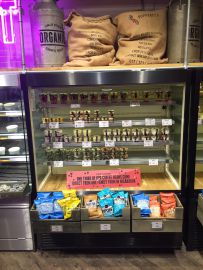 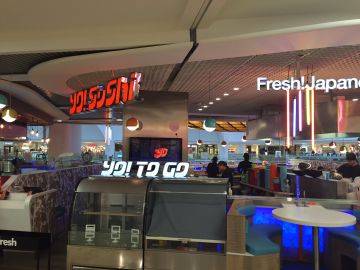 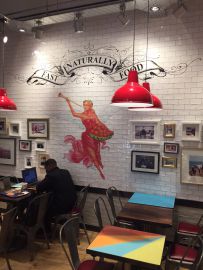 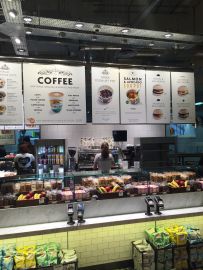